How Far is Boston from New York City and Ways to Reach it?

Travomonk » Distance » How Far is Boston from New York City and Ways to Reach it? 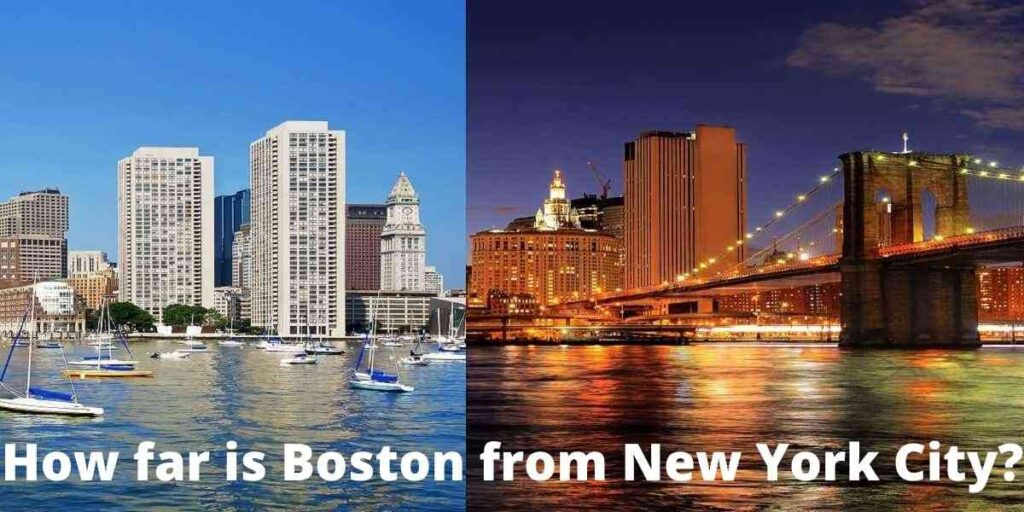 New York City (NYC) has been one of the go-to locations for Hollywood. Its main attractions are Central Park and the Empire State Building. Boston, MA (Massachusetts) is notable for the first public park and public school. With over 5,000 startups, the city is regarded as a global leader in innovation and entrepreneurship.

To go from Boston to NYC, either for work or a vacay, you need to familiarise yourself with how far is Boston from New York City. You should also know the different ways through which you can reach the city in Massachusetts. This reading unfolds such information to help you create an ideal travel plan.

Driving Non-stop from New York City to Boston by Road

Driving your car non-stop from New York City to Boston can turn out to be really long. However, if you believe in completing the journey in one go by car, then do keep in mind that the route between Boston and New York will stretch up to 216 miles spanning over 3.5 hours. Based on your choice of route, departure time, and day, both distance and time may vary.

While driving from NYC to Boston, there are 3 routes to choose from:

If you want to save the effort of driving and want to reach Boston, then flying is suggested. There are multiple options to travel by air. These options take the same time to reach Boston from New York. You can prefer your own jet for reaching the city in MA. Or, you can select a commercial flight via a suitable airline. There are at least 8 airlines that serve on the New York-Boston route. In the case of commercial flights, you will have to take into account the travel time for each respective airport and the various security-oriented procedures.

Keeping in mind that from Boston to NYC, the distance is nearly 215 miles, planning a road trip can be ideal. There are many iconic cities along the way, such as Concord, New Haven, Bronx, Springfield, etc., and as many as 38 stops en route.

Let us now look at the best stops on your way. You can choose any of the stops as per your choice and modify the suggested itinerary as per your road trip plan.

Airports and Flights to Reach Boston from New York

Considering you have to fly to Boston from NYC, you would have to reach the New York Airport, that is, John F. Kennedy International Airport (JFK). After departing from JFK, you will reach the Boston Airport or General Edward Lawrence Logan International Airport.
There are about 8 airlines that serve on the New York-Boston route. These airlines provide more than 150 options of flights between Boston and New York.

We have mentioned the names of these airlines below:

The distance between New York City and Boston is around 216 miles. You can cover it either via road or air. Here, we elaborated more on the ways to reach the city. Let us know which mode you will be preferring. Also, share with us any suggestions that can be useful.

Travelers who are fond of exploring may want to visit Houston. In our post on how far is San Antonio from Houston, we have shared the relevant information you need prior to exploring it.

Package Name: How Far is Boston from New York City and Ways to Reach it?